Automated Vehicles And The Future Of Automobile Insurance İn Ontario

Automated Vehicles And The Future Of Automobile Insurance İn Ontario 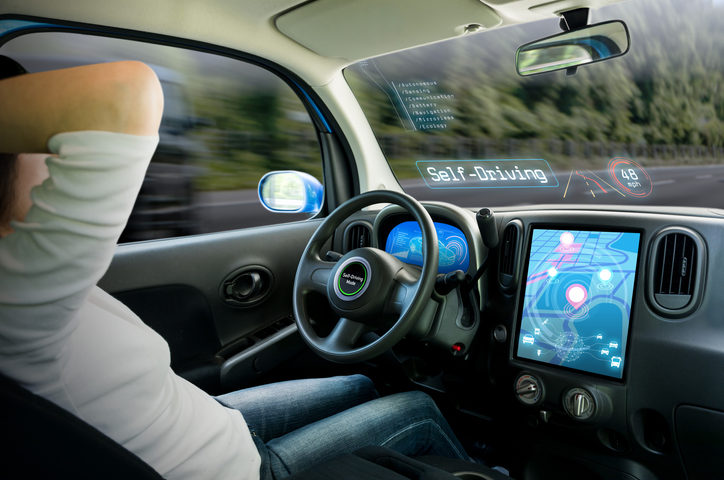 cockpit of autonomous car. a vehicle running self driving mode and a woman driver being relaxed.

I, for one, dislike driving, especially for long stretches on large highways and would welcome a sophisticated computer system to take on that burden. But is this a reality? If so, will it be safe? Most importantly for some, what are the insurance implications?

Well, just maybe the automated vehicle is the long sought after solution to many of the problems found in Ontario’s current automobile insurance regime.

Most people in the insurance industry know that fully automated vehicles are coming. It is now not a question of if, but rather where, how and for whom.

There are currently six recognized levels of self-automation in vehicles. These range from zero to five, with zero being a fully human operated vehicle and five being a fully automated vehicle with no steering wheel, gas pedal or other manual functions. Currently, partial self-automation is included in most new vehicles, including cruise control, lane departure warnings and automated braking.

Studies suggest there will be 21 million fully automated vehicles on the roads by 2026. The Victoria Transportation Policy Institute predicts that half of all new vehicles sales in Canada will be fully automated by 2040. There are already automated shuttles running in certain North American cities and university campuses.

It is anticipated the next use of this technology will come through ride share programs such as Uber and automated taxi services, possibly followed by automated farm equipment, mining machines and delivery vehicles, including long haul transport trucks. Perhaps we will see the end of most privately owned passenger vehicles, with a small percentage of the population who actually enjoy driving being the exception.

Automated vehicles will most certainly create safer roads for the people of Ontario. The U.S. National Highway Traffic Safety Administration states that human error is the cause of 90 percent of motor vehicle collisions in that country.

Reliance on cameras, sensors and computer systems removes the problem of human error and significantly increases the ability of a vehicle to avoid a collision.

This technology will continue to advance and improve, which should significantly reduce the number of motor vehicle accidents that occur, and in turn, the number of people being injured.

One can envision a scenario where apportioning fault for a motor vehicle accident turns into an overly complicated product liability dispute between multitudes of large sophisticated parties. There may be fewer claims, but those claims that do come forward will be significantly more complicated and expensive.

Take for example a straightforward rear-end collision involving an automated vehicle, where a person sustains a whiplash injury. Litigation over that person’s entitlement to damages would require a determination of fault, and whether there were failures in components of the automated vehicle, and if so, which ones.

For instance, was there a failure in the vehicle’s software or was the software not updated properly? Was it caused by a faulty sensor? Was there a manufacturer defect with a key component, or was it some tiny sub-component that failed? How difficult, and expensive, would it be for an injured plaintiff to prove fault in this scenario?

Solutions and the Future of Motor Vehicle Insurance

In order to avoid this problem, consideration should be given to a regulatory framework where a single party, such as the vehicle manufacturer, is deemed responsible for any defect with the vehicle, and a claim is resolved with the injured person on that basis. That party can in turn claim over against any of the other potentially liable parties.

There could even be some type of an agreement between vehicle manufacturers, dealers and software developers in order to apportion the risk between them, and avoid the extensive costs of litigating these types of disputes.

This framework is consistent with a recent recommendation made by the Insurance Bureau of Canada (“IBC”) in an attempt to update insurance coverage in light of the rise of automated vehicles.

The IBC has recommended the establishment of a single insurance policy covering both driver negligence and a vehicle’s automated technology in order to better facilitate these type of liability claims.

A single insurance policy such as this would require the insurer to provide coverage for compensation to a person injured in a collision involving an automated vehicle, regardless of why the collision occurred.

Thereafter, that insurer would be able to take a further step, and recover some or all of that payment from the vehicle manufacturer, the technology provider or some other responsible party.

This second step could proceed through a streamlined dispute resolution process, and the IBC has also recommended establishing a legislated data sharing arrangement between automated vehicle manufacturers, vehicle owners and insurers to help with this process.

Automated vehicles are coming to Ontario, and with them comes great potential. The ideas outlined above, and insurers with forward thinking and innovated approaches to these types of coverages, could perhaps be the solution to some of the insurance problems that have plagued successive governments in Ontario for decades. This very well could be the future of Ontario automobile insurance.