Why dirty dryer vents are an ‘unseen hazard’ in your home - Woodmar.ca

Why dirty dryer vents are an ‘unseen hazard’ in your home

Dangerous driving: employer liable for unauthorized use of company vehicle

My leased car was in an accident. Do I have to keep making payments?

Why dirty dryer vents are an ‘unseen hazard’ in your home 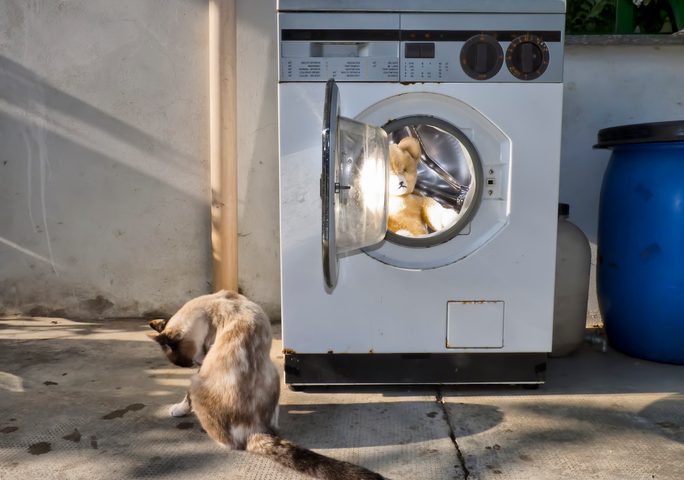 vintage washing machine with a cat and a teddy bear inside

A clogged dryer vent can lead to a fire, but many people don’t realize the importance of cleaning vents and lint traps regularly.

“It’s sort of the unseen hazard that we don’t think about,” said Coquitlam fire inspector Kim Saulnier. Last year, Coquitlam Fire Rescue only dealt with one dryer fire, but they have already had four in the first five months of 2016.

A plugged vent can trap heat and impede the airflow of the dryer. (CTV)

A plugged vent can trap heat and impede the airflow of the dryer. Regular lint trap and vent cleaning allows the heat and air flow to move through the dryer properly.

“Lint can gather around the actual motor itself and that insulates the motor, can cause heat to build up, and that’s where we can see ignition,” said Saulnier.

Robert Orford from Freeflo Ventilation & Maintenance says if the outside vent is plugged, the airflow becomes restricted, and the lint will make its way into other cavities of the dryer.

“There’s a lot of neglected vents,” he said.

Saulnier encourages homeowners to clean their outside vents, hose and ducts once a year, either themselves or by hiring a qualified contractor.

“According to the fire code in B.C. you should be cleaning out your lint trap after every use,” she said. “In fact, I would say, check the lint trap before you throw the load [of laundry] in there.”

Homeowners are also encouraged to turn dryers off before leaving the house or going to bed. Dryers should never be used without a lint filter, and you should avoid overloading them.

It can cost about $90 to have your dryer vents cleaned out, and the workers wouldn’t need to come inside your home. But it’s also a good idea to have the lint cleaned from around the dryer drum as well. Plugged vents in apartment buildings can also lead to moisture buildup and damage.