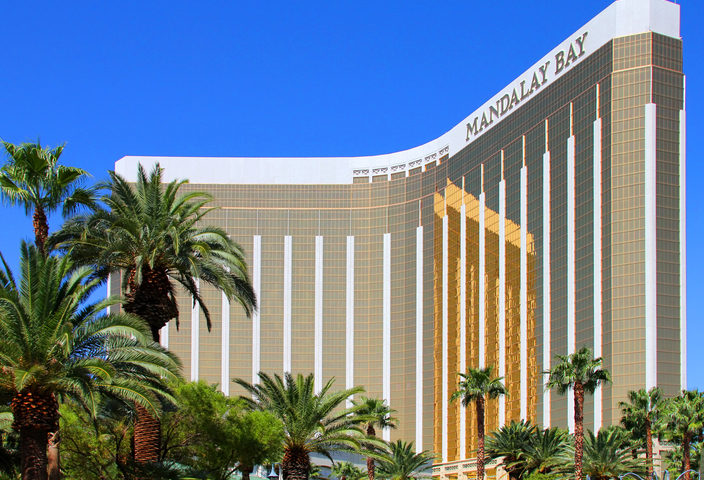 Las Vegas, Nevada, USA - September 19, 2011: Mandalay Bay Hotel and Casino on the Srip in Las Vegas. This view is from the south side with a row of tall palms in the foreground and the afternoon sun illuminating the golden panels of the building.

Canadian travellers injured in mass-casualty events such as Sunday’s shooting in Las Vegas could face financial devastation without travel insurance.

Six Canadians were among more than 500 people who were injured in the deadly attack Sunday night, including 21-year-old Sheldon Mack of Victoria. Mack was in intensive care Monday after he was shot twice and suffered a ruptured colon and broken forearm.

Will McAleer, president of the Travel Health Insurance Association of Canada, said a typical travel insurance policy, which can cost a few dollars per day, will “absolutely” cover emergency treatment for significant trauma such as gunshot wounds, which can require intensive surgery, rehabilitation and air evacuation, otherwise costing upwards of US$300,000.

McAleer said travel insurance is also important because it provides assistance services that help people navigate health care systems abroad, where they may need someone advocating for them and acting as a point of contact for family members at home.

He recommends travellers carry copies of their policies with them at all times or use their smartphones to photograph their policy number and insurer’s emergency contact information.

McAleer said it’s vital to plan ahead and protect yourself with insurance when travelling, no matter the destination.

“The sad part, that I think we’re facing, is that this is sort of becoming the new normal,” McAleer said.

“We think, ‘Be careful before you travel to a risky place,’ maybe the Middle East, et cetera. But now, whether it’s Orlando, London, New York City — whether it’s Edmonton — these things are happening with increased frequency.”

Global Affairs Canada advised anyone in Las Vegas who needs emergency consular assistance to call the Consulate General of Canada in Los Angeles at 1-844-880-6519 or the Emergency Watch and Response Centre in Ottawa directly at 1-613-996-8885.