Insurers to rely on acquisitions and partnerships to transform business - Woodmar.ca

4 Ways To Prepare For Water-Related Damage 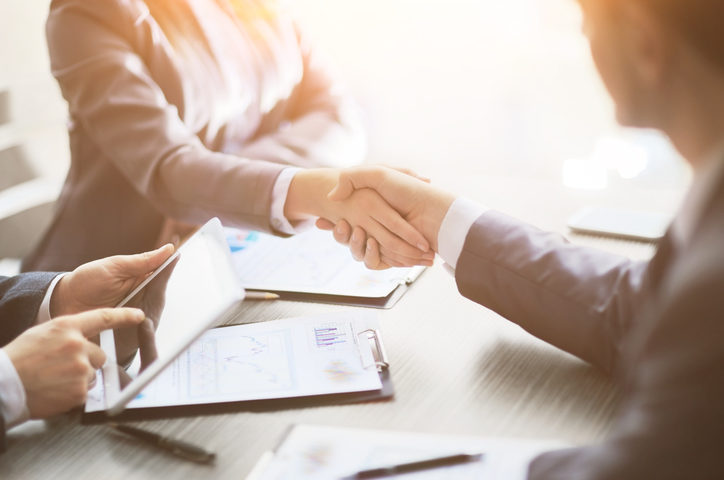 Facing sluggish industry growth and agile new competition, insurance executives are actively pursuing acquisitions and partnerships to transform and grow their businesses, according to a new report from KPMG International, Accelerated evolution – M&A, transformation and innovation in the insurance industry. In fact, 80 percent of insurance executives surveyed for the report expect to seek one to three acquisition targets or partnership opportunities over the next three years.

The majority of insurers are intending to make acquisitions that could transform their organization for the future, rather than merely enhance their current business and operating models. More than 60 percent of the 200 executives surveyed globally said transforming their business or operating model would be the key factors driving acquisitions, while just 21 percent identified enhancing their current model as the key factor.

“Insurers are competing for market share in a slow-growth environment, that is experiencing an influx of dynamic new insurtech players,” said Laura Hay, Head of Global Insurance for KPMG International. “They know they can’t rely just on organic growth to meet their objectives, so alliances and acquisitions become essential as insurers look to engage with customers in new and different ways, and gain access to innovative operating capabilities and technology infrastructure to reshape their business and drive future growth.”

Cross-border deals expected to dominate
In terms of geography, a majority of insurance executives are looking for inorganic opportunities outside their country of domicile, with 66 percent expecting to conduct cross-border deals, while just 32 percent say they expect deals to be focused domestically. The distinction is particularly telling with respect to partnerships and alliances over the next three years, with 39 percent expecting these to be cross-border and only six percent anticipating domestic alliances.

North America, particularly the US, is widely expected by the insurance executives surveyed to have the most insurance M&A activity in the coming three years. Asia-Pacific is projected to be the region where insurers have the most partnership opportunities, and Western Europe is expected to drive relatively more divestiture activity.

Identifying the right, transformational deals
Intending to do more deals is one thing, but are insurance organizations up to the challenge of identifying and successfully executing the right deals?  Only ten and seven percent of executives, respectively, say they are extremely likely to find a deal that is a strategic fit for their business and operating model.  Moreover, a majority believe their organization’s capabilities for deal sourcing, evaluation and execution are lagging, with 72 percent saying their deal sourcing objectives aren’t highly aligned with their corporate strategy and 72 percent rating their capabilities for evaluating a target’s strategic fit as moderate to low.

To accelerate their transformation goals, an emerging trend for insurers is setting up dedicated capabilities, including corporate venture capital (CVC) teams, to acquire and accelerate innovation. Eighteen percent of insurers surveyed indicated they either already had an established CVC or had plans to establish one, with the top ranked objective being acquiring innovation for business model transformation.

“To realize value from their deals, insurers need to rethink their approach and their capabilities,” points out Ram Menon, Global Head of Insurance Deal Advisory for KPMG International. “Insurers need to redefine deal success — from acquisition strategy to integration execution — set out a clear path for transformation applying holistic design thinking, accelerate innovation by standing up an inorganic innovation engine, and more importantly, resist short-term thinking. Transformation is not a ‘one-and-done’ event.”

About the report
For KPMG worked with Mergermarket to interview more than 200 global insurance executives involved in M&A, strategy and innovation initiatives at their respective organizations to learn about their outlook for the industry and their expectations as they plan to strategically deploy capital. The research respondents were divided regionally among firms in Asia-Pacific (33 percent), Europe, Middle East + Africa (33 percent), and North America (33 percent) as well as by the segments Life (25 percent), Non-Life (25 percent), Reinsurance (25 percent), and Other (25 percent) (the segment ‘Other’ encompasses Insurance Brokers and Insurance Services). Companies needed to have a minimum of US$1.5bn in annual revenue to qualify for participation.

About KPMG International
KPMG is a global network of professional services firms providing Audit, Tax and Advisory services. We operate in 154 countries and territories and have 200,000 people working in member firms around the world. The independent member firms of the KPMG network are affiliated with KPMG International Cooperative (“KPMG International”), a Swiss entity. Each KPMG firm is a legally distinct and separate entity and describes itself as such.

Looking to renew your car insurance? Contact High Risk Auto Pros and get the right auto insurance for you and your family.