Q&A: Do I really have “flood insurance”? 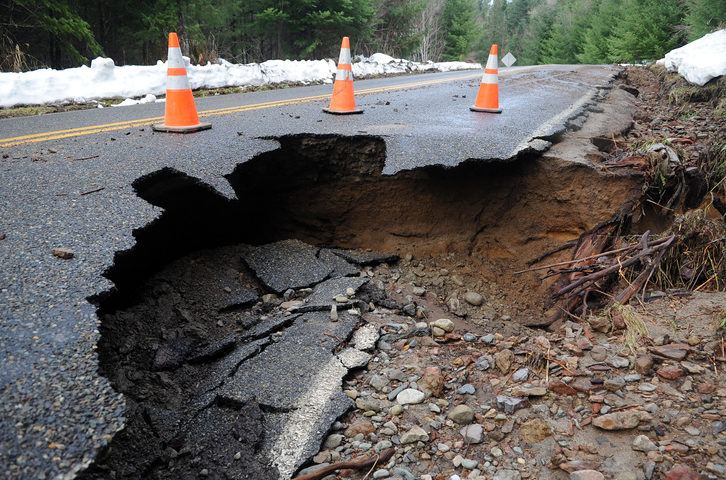 A sinkhole claims a piece of paved road in the Cascade Mountains.

Is damage from a sinkhole covered under a standard homeowner’s policy?

No, unless the homeowner purchased an earthquake endorsement.

The issue came to light recently following media reports that a family that lost its home to a sinkhole in Falmouth, N.S. was planning legal against their insurance company because it wouldn’t cover the cost of the home. CBC reported Apr. 21 that the homeowner and her daughter were home the morning the sinkhole opened up under their house on Sept. 3, 2017.

An investigation determined that the house collapsed because of “movement of earth,” an exclusion in their policy.

“Sinkhole is covered under earth movement, which is typically coverage that you would get if you have an earthquake endorsement,” Pete Karageorgos, director of consumer and industry relations for Ontario with the Insurance Bureau of Canada (IBC), told Canadian Underwriter Monday. “Landslides, sinkholes and earthquakes are all part of that earthquake endorsement. If you have a standard home insurance policy, they wouldn’t be covered.”

As an industry, it’s important to know that “earthquake is more than just when the earth shakes,” Karageorgos added.

It’s not entirely clear if the homeowner purchased an earthquake endorsement, but it doesn’t appear so. The homeowner told CBC they are hoping to recover the value of the home, as well as purchases made following the collapse.

Canadian Underwriter also reached out to the insurer in this case, Wawanesa Mutual Insurance Company, and expects a response on Wednesday, May 8.