Loreena McKennitt is leaving Facebook, but other musicians say it’s not so easy - Woodmar.ca 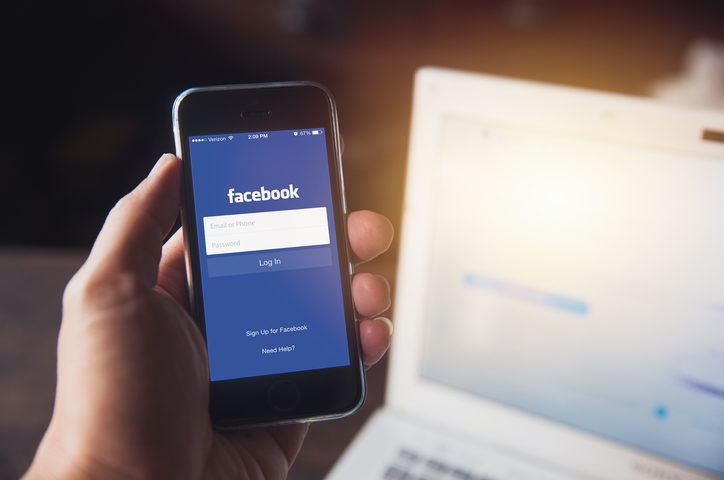 Her relationship with the platform is fraught with her questions about its true effectiveness, but like most musicians the Toronto-based performer sticks around. She shows up nearly every week to post something that she hopes will attract new listeners and keep the loyal fans entertained, like a new song or recent photo.

And despite concerns over Facebook data breaches, she hasn’t seriously considered joining the chorus of users who severed ties with the platform and deleted their profiles. It seems like most musicians haven’t.

“Everything’s there. It’s all connected already, so I don’t know if it’s wise to get rid of a Facebook fan page,” she said. “I would never get rid of mine.”

Coupland, like many independent musicians early in their careers, is always looking for ways to promote her music without spending a lot of money. Facebook is cheap to use and can potentially reach millions of listeners.

But it’s also problematic for people concerned about privacy and the wider-reaching impact of data exchange between Cambridge Analytica and Facebook that went undetected for some time.

Facebook told investors last week that known data breaches might only be the tip of the iceberg. The company filings with the U.S. Securities and Exchange Commission disclosed expectations that “additional incidents of misuse of user data or other undesirable activity by third parties” could emerge in the coming months.

That puts artists in a tough spot where most believe they can’t afford to leave the platform, but they don’t necessarily like it either.

The Darcys’ Wes Marskell holds those mixed feelings for Facebook, calling it an “overarching menace,” but a necessary tool for musicians. He balances his dislike for the platform, and its privacy concerns, against his belief that “everyone else is collecting that sort of data” on its users too.

But as a career musician, he said it offers valuable fan insight that can help determine which cities to play and what resonates with listeners.

“It is helpful to understand who your audience is, who’s participating and what they like,” he said.

But Facebook’s attractive features make it impossible to follow the lead of singer Loreena McKennitt, who recently announced plans to delete her Facebook profile over concerns for the privacy of her fans. The Manitoba-born performer, known for her 1997 hit “The Mummers’ Dance,” has more than 546,000 followers on the platform.

McKennitt said after details of the data exchange between Cambridge Analytica and Facebook were recently made public, she had to make a decision.

“As a business owner and a citizen I became very concerned that Facebook was offside,” she said in a recent interview.

“I’d rather stop partaking in an infrastructure that I know is very compromised.”

McKennitt’s plan to dump the platform, which she says she’ll do on June 1, has been met with mixed reactions from her fans.

Some say the singer is being hypocritical by publicly expressing concerns over privacy, but still using Facebook to promote her new album in the weeks before she officially closes her account. Others are unhappy they’re losing an easy way to learn about the singer’s upcoming tour dates.

Leaving Facebook is a privilege as a musician, McKennitt acknowledged.

“There are many artists whose Facebook page is probably managed by their label,” she said. “They may not even have a choice about whether they can shut it down or not.”

“I’m also lucky from the standpoint that I’m kind of a legacy artist,” she added. “I could retire tomorrow and I’d be fine.”

“Definitely Facebook is a place where artists need to be,” she said. “I always think of it as the water cooler.”

But Webster doesn’t see Facebook holding any sort of unwieldy position against its social media competitors. It’s an instrument in the digital toolbox alongside Instagram, Twitter and all the others, she said.

“Media is impermanent, and it has been for quite a while, and the only way you survive is by transitioning and changing,” she said.

“You have to keep learning and finding where the people are.”

Tamara Campbell believes music fans generally find it valuable to know where their favourite artists will be. It’s one of the reasons why the Toronto-based music publicist encourages independent artists to invest in a website.

She said many new artists often don’t think about the value of a permanent home base when they’re trying to cater to every trendy social media platform.

“It doesn’t matter if you have a million followers, if you can’t sell a $10 album it’s worthless to you, if that’s what you’re looking for.”

Coupland is trying to keep the big picture in mind as she navigates her social media future. The folk singer recently began to make plans to update her website with flashier graphics. She’s also forging ahead with the proven success of another traditional digital approach _ the email newsletter.

“If they come to a show, I get their email address,” Coupland said. “That’s the one thing that’s pretty tried and true for me.”

She also strongly believes in the value of word-of-mouth.

“If you make something really great, people will find it and they’ll share it,” she said.

Get back on the road with a FREE High Risk Auto Insurance Quote and obtain the auto insurance policy you and your family need.