Gianna Bryant, 13, was going to carry on a basketball legacy 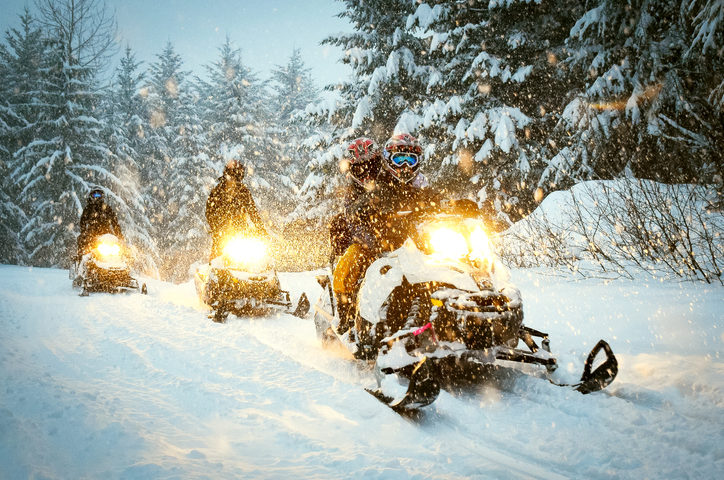 Snow mobile in blizzard through the woods and forest

A dispute over insurance is putting the recreational snowmobile season in eastern Ontario on thin ice.

The Ontario Federation of Snowmobile Clubs (OFSC), whose members operate and maintain thousands of kilometres of trails across the province, issues liability insurance certificates to private landowners whose property the trails cross.

But this year, some landowners in this region are refusing to renew that arrangement.

The United Counties of Prescott & Russell is one of those landowners. In a French-language interview, the municipality’s director of planning, Louis Prevost, said its lawyers have recommended against renewing the annual certificate.

According to Prevost, they’re concerned the coverage would limit civil liability in the event of an accident.

The imbroglio has forced the Snowmobile Club of Eastern Ontario (SCEO), an OFSC member, to close 100 kilometres of its trails, about one-quarter of its network.

“Why was it acceptable last year and not this year?” asked SCEO president Kim Melbourne. “It’s frustrating.”

The closures punch holes in the network of interconnected routes that take sledders from one end of the Prescott & Russell to the other, Melbourne said.

“Maybe the [snowmobile club] members will be happy just going around in circles, and when they get bored they’ll just turn around and go the other way,” she scoffed.

The insurance impasse means popular trails through the Larose forest, a huge wooded area in the western part of the region, is off limits, as is a former rail corridor still owned by CN, which crosses the region from the Ontario-Quebec border Ottawa’s city limits.

That worries Charles Lamarche, who estimates half the wintertime customers at his bar-motel in Plantagenet, Ont., are snowmobilers.

“If there’s no snowmobile season, I really don’t know what we’re going to do,” he said in French.

Instead of enjoying their sport, Melbourne and other volunteers with the club will have to spend their time posting “Trail Closed” signs along the network. She’s imploring members to obey them.

The excerpted article was written by Stu Mills · CBC News

Are you a business owner looking for commercial insurance? Public Liability, Commercial Vehicle Insurance… Get the right business insurance for your company. Request a quote today from the Commercial Insurance Pros.