Why the 8-Hour Workday Doesn’t Work 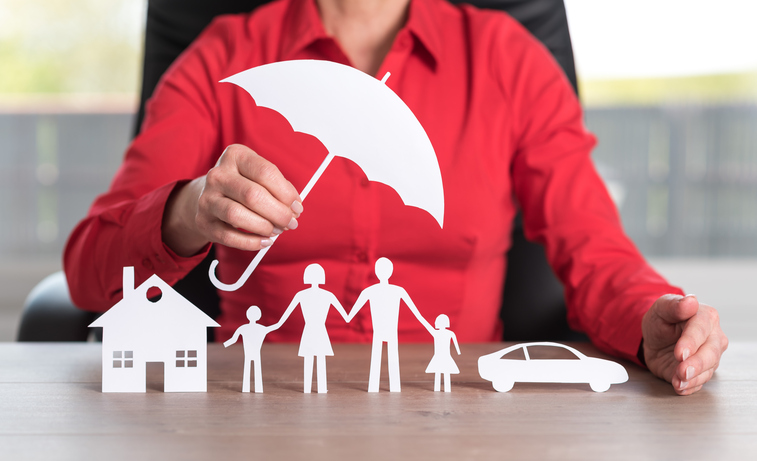 Insurer protecting a house, a family and a car

For many kinds of insurance — car, home, health, and so on — your policy will feature a deductible. That’s the amount you’re on the hook for before the insurer will pay. Low deductibles can seem great, as you won’t have to produce a lot of cash after a car accident or flooded basement, but overall, a higher deductible can be better. After all, you can go many years without a claim and your monthly premiums can be significantly lower throughout that period.

Try calling your various insurers and asking how much lower your premiums would be if you increased your deductible. You may be able to save anywhere from 5% to 25% or more. Never hike your deductible to a level that you can’t pay if you need to, of course.

2. Shop around for lower rates

Another tip that applies to many kinds of insurance is very basic: Shop around for the lowest rates. Don’t just stick with your same old insurer, even if you’re receiving a “loyalty” discount. Spend an hour on the phone with a few competitors and compare apples to apples, specifying exactly what coverage you have and seeing what they would charge you. You don’t want to end up with a lower price that’s due to less coverage.

Give special consideration to any insurer you already have a policy with, as multiple policies can yield discounts. And keep an insurer’s reputation in mind, too. Don’t switch to one that’s not rated highly.

A great way to keep your car insurance rates low is to have a clean driving record. A single accident can send your rates up by as much as 41%, on average, for a $2,000 claim, per one report. Drivers with clean records get offered much better rates when shopping for a policy, too. You’ll want to avoid not only accidents, but also speeding tickets, DWI offenses, and more.

If you happen to have an incident on your driving record, it won’t be there forever. Its effect on your premiums will likely be reduced over time, and it might not make any difference at all after a few years. It can also help if you drive less. If you become a telecommuter and are driving much less now, let your insurer know, as your rate might drop. The fewer miles you drive, the less risk you present for an insurer.

4. Own certain cars for a long time for lower car insurance rates

Insurers view every make and model of vehicle differently. Do a little Googling, and you’ll find lists of the most costly and least costly vehicles to insure, and lists of the safest and least safe vehicles. Insurers favor safer cars and are likely to charge higher rates for cars that are associated with more claims and less-than-stellar drivers. Cars with a lot of safety features will be favored, too, while expensive cars will cost you more.

According to Insure.com, among 2017 models, the least expensive cars to insure include the Honda Odyssey LX, Jeep Renegade Sport, Subaru Outback 2.5l, and the Buick Encore, with average annual rates below $1,200. The most costly vehicles to insure include the Mercedes S65 AMG convertible, the Dodge GTS Viper, and the Maserati Quattroporte GTS, with average annual rates topping $3,000. If you tend to replace your car every few years, you’re keeping your rates on the steep side. Older cars can be far less costly to insure, and after a certain point, you might just drop your collision coverage entirely, saving even more.

5. Get life insurance if you need it

Don’t assume that because you’re only 25, or because you have no children, you don’t need life insurance. If anyone depends on you financially — your partner, children, parents, or even nephews or nieces — you need life insurance. Think, too, of anyone who has cosigned any loan for you, such as your parents, who might have helped you with school loans or a mortgage. If you expire ahead of schedule, you don’t want to leave them stuck with repayments.

We tend to ignore the possibility that we might die prematurely, but it happens to many people, and often by surprise. You don’t necessarily need a multi-million-dollar whole life policy. A relatively inexpensive term policy can be just fine, lasting only as long as you need it.

6. Consider a “life settlement” if you no longer need your life insurance

If you have a whole life insurance policy and you don’t need life insurance anymore, you may see little reason to keep paying those premiums. You can probably cash out and receive some money from the insurer — or you can look into a “life settlement,” which might pay more, though less than the face value of the policy, which is the amount that would be paid upon your death. With life settlements, a third party will buy your life insurance policy if it likes its odds of making a profit on it — often paying between 10% and 25% of your policy’s face value.

7. Think twice before filing a claim

If a tree falls on your house and splits it in two, of course file a claim with your insurer. But if you have a small claim, you might be best off not mentioning it. With several kinds of insurance, such as car and home, the more claims you file, the more your premiums likely will be increased. According to a CNNMoney article, “On average, filing a single claim — for anything ranging from a stolen bicycle to tornado damage — will result in your monthly premium being raised by 9%, according to a report released by InsuranceQuotes.com. File a second claim and premiums climb by an average of 20%.