Stuck with a DUI? Your car insurance premium may not suffer - Woodmar.ca

Why homeowners are happy with their insurers despite rate increases 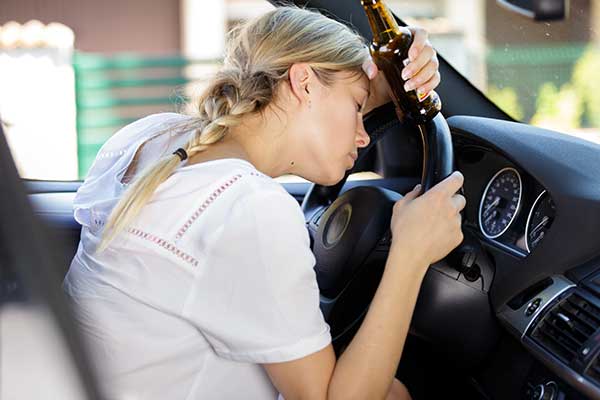 A CFA report released Monday singled out GEICO and Progressive (PGR) as the worst offenders among the five major auto insurers for “penalizing” moderate- and lower-income drivers, while the largest car insurer, State Farm, came out as the best.

The other two insurers covered in the report were Allstate (ALL) and Farmers.

GEICO could not immediately be reached for comment, and Progressive declined comment, butJames Lynch, vice president of research for the Insurance Information Institute (III), which represents the auto insurance industry, said the CFA had “shoehorned” the study to get the results it wanted.

But the CFA said the factors it used reflected income. It looked at prices by getting quotes in 15 major cities like Atlanta and Los Angeles for two typical female drivers.

One was deemed to be a bank executive with a Masters degree who was a married homeowner and had the same auto insurance coverage for three years.

The other was supposedly a bank teller with a high school diploma who was an unmarried renter, and hadn’t had insurance for the past six months. Both 30-year-olds drove an older Toyota 10,000 miles a year and had been licensed for 14 years.

The results of the 600 requests for coverage that the CFA made to the five insurers were startling, according to its Director of Insurance Bob Hunter.

Even more disturbing, said Hunter, insurers would offer an online quote to the upper-income DUI driver while refusing even to provide a quote to the moderate-income driver with the same risk.

The CFA report also rated upper- and moderate-income motorists for other bad driving factors, such as at-fault accidents where an injury occurred, moving violations and multiple violations, and got more or less the same result. In the worst case cited, nine out of 10 times Progressive charged the “safe” moderate-income driver more than the wealthy DUI-convicted driver.

Hunter said the insurers target wealthy drivers and are willing to forgive their faults in order to market other products to them, such as life, banking, business, yacht and airplane insurance.

Only in California, with its strong consumer protections against using economic factors, did moderate-income drivers always pay less, said the CFA report.

The CFA has been in a long-running battle with car insurers, urging limits on how economic status, as measured by job, education and especially credit rating, can be used to decide how much drivers should pay in premiums.

But the auto insurance industry believes these are legitimate psychological factors in judging a driver’s future performance. “They’ve been used for 30 years, and most state regulators approve them because they’ve been shown to be effective,” said the III’s Lynch.

For example, people with low credit scores are viewed as “risk takers” who do so both with money and on the road. Other factors the CFA used, such as being unmarried and having a lapse in insurance coverage, also raise red flags with insurers.

Hunter pointed out that not having an auto insurance policy could mean the applicant had served in the military overseas, but insurers look at data — not at individuals.

“Frankly, it’s hard to get coverage at all if you’ve had a DUI,” said Lynch. “In order to get it, you have to go through a rigorous process, and it’s unlikely you’ll be able to do it online or over the phone in any case. An offer of coverage is just an offer — until you actually sign up.”

But the CFA and III absolutely agree on one topic: Shop around for insurance, and don’t accept the advertising you see on TV as gospel. Hunter also said online sites advertising insurance quotes are limited because they accept commissions from insurers that advertise on them, and they don’t show quotes from insurers like USAA that don’t pay commissions.

Echoing a refrain made famous by GEICO, Hunter said, “An hour of research will save you $125 on your car insurance premium.”