Emergency Vehicles and the Traffic Rules

Ignoring Your Own Safety – Seatbelts 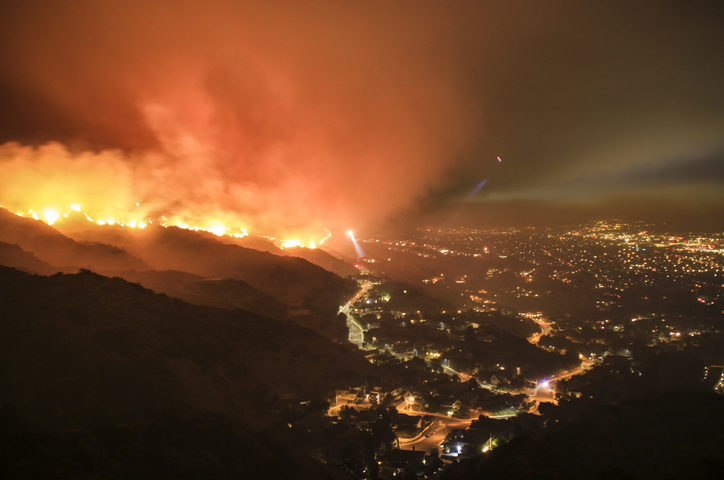 The weather this summer could be starkly different across the country, according to the latest long-range forecast from The Weather Network.

Chief meteorologist Chris Scott predicts the wet weather that Ontario and Quebec have experienced in May will continue during the summer months and could lead to a heightened risk of flash flooding in some areas.

In sharp contrast, he’s forecasting more hot, dry weather for most of western Canada, raising the wildfire threat, which has already prompted evacuations in northwestern Alberta.

“We expect the wildfire risk to be heightened this summer,” said Scott, adding that there will be an “above normal season” for wildfires for most of BC, western Alberta, the Northwest Territories and Yukon.

But Scott said generally this summer won’t be remembered for its heat – except for BC – which he noted was expected to be “the king of the heat this summer.”

Scott broke down the summer forecast region by region:

British Columbia
He said BC can expect a hotter and drier than normal summer which will bring a consistent threat of wildfires.

“We’ve already seen some warm days and we expect June overall will continue that trend,” he said.

He also the warned the heat and lack of rain could be particularly hard on urban residents because of the possibility of water restrictions.

Prairies
Scott said his network is predicting slightly below average precipitation for the Prairies, but not to the point where farmers should be concerned about drought conditions.

“Alberta’s always the swing province in terms of weather,” he said. “We expect that to be the case again this summer with it really flipping between warm and cool depending on the week.”

The network is predicting near normal temperatures in general for the Edmonton to Calgary corridor, with precipitation also close to normal.

“We’ll get our normal share of active summer weather – thunderstorms, hail storms,” Scott said, adding “it’s part of living in that part of the country.”

The forecast for Saskatchewan and Manitoba calls for slightly lower than normal summer temperatures, with close to average precipitation.

Ontario and Quebec
Scott expects seasonally cooler conditions in northern Ontario and Quebec, and “near normal” temperatures in the southern parts of the provinces, which together will increase the chance of rain.

He said southern Ontario and Quebec will get their hot days, but there won’t be as many as last summer.

“Last summer was a deadly one,” Scott said, referencing the heat-related deaths in Quebec. “We don’t expect this summer to be as hot.”

He said there will be some heavy periods of rain in the southern part of the region which will exceed average precipitation levels for the area.

“But we don’t want to convey that this is a washout of a summer – it does not look that way,” he added. “It just means that when it rains it pours.”

Scott suggests the wet weather that characterized much of the spring will persist into the summer months, leading to a “heightened threat for flash flooding.”

He pointed to extreme weather conditions, such as the Toronto flood in July 2013 and the Burlington, ON, flooding a year later, as examples of what could recur this year.

Atlantic Canada
Scott said the Atlantic provinces can expect “generally near normal temperatures,” with some above average temps also forecast for the southern Maritimes due to humid air moving into the region from the Great Lakes.

He said not to expect a lot of heat in June, but to prepare for more humidity across the region in July and August.

As for northern Canada, Scott said “expect an above normal fire season as you head west of Yellowknife, especially, and then into the Yukon.”

The network is predicting normal to slightly warmer than average temperatures extending to the Alaska border, while near normal temperatures and precipitation are forecast for Nunavut.

Looking for high risk car insurance as a high risk driver in Ontario? Get an instant auto insurance quote from the High Risk Auto Pros. Car insurance made easy!